This is Part II of our Thread Inspection 101 series.

In Part I, we discussed the basics of thread measurement and dove into what thread gages are.

Before we continue any further into our deep dive on thread gaging, it is imperative that we first gain a solid understanding of exactly what we are measuring. As discussed early in Part I of this series, thread measurements may be the most complex of all dimensional measurements. There are numerous different measurements that must be made in order to verify that a part is within spec. Today, we will get into those attributes.

To understand any type of threading, the following basic terms are critical to understand. Nearly all threads (at least the common ones) will have these critical components of form. Consider this the building blocks of your complete knowledge of thread measurement. 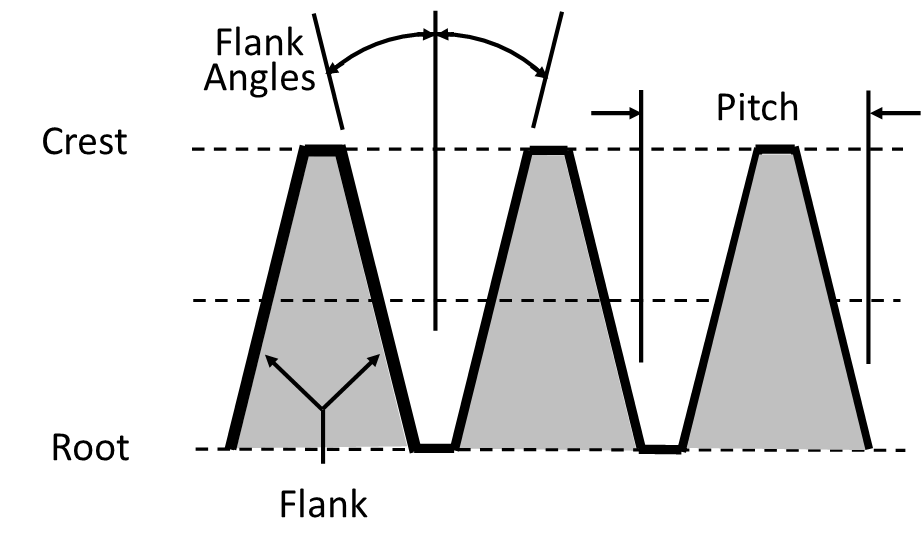 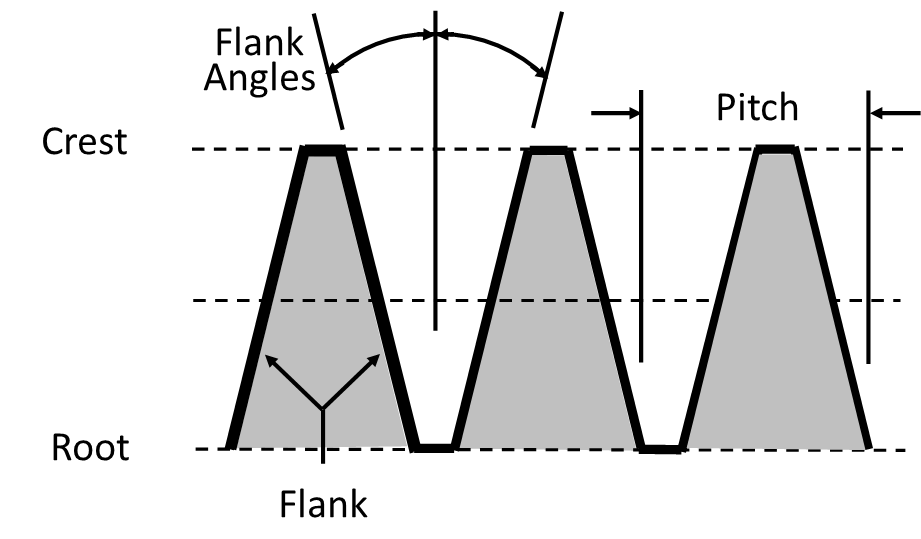 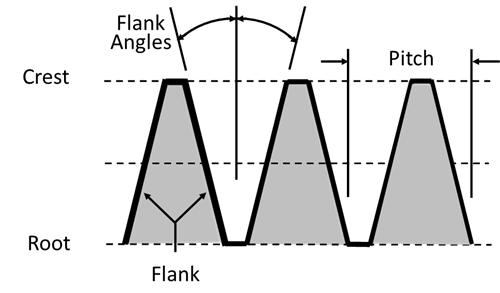 All of these attributes are great, but rarely are these the measurements that actually get called out in a specification. As you can imagine, calling out each of the above for one simple thread would be a daunting task. As such, the standardized method relies on a few unique measurements.

While these measurements are the same for each thread type, it does get a little confusing when discussing internal threads vs. external threads. Because of this, it is worth diving into each on their own.

To understand these additional critical dimensions, let's first dive into external threads, as they are a bit more easy to understand and visualize. 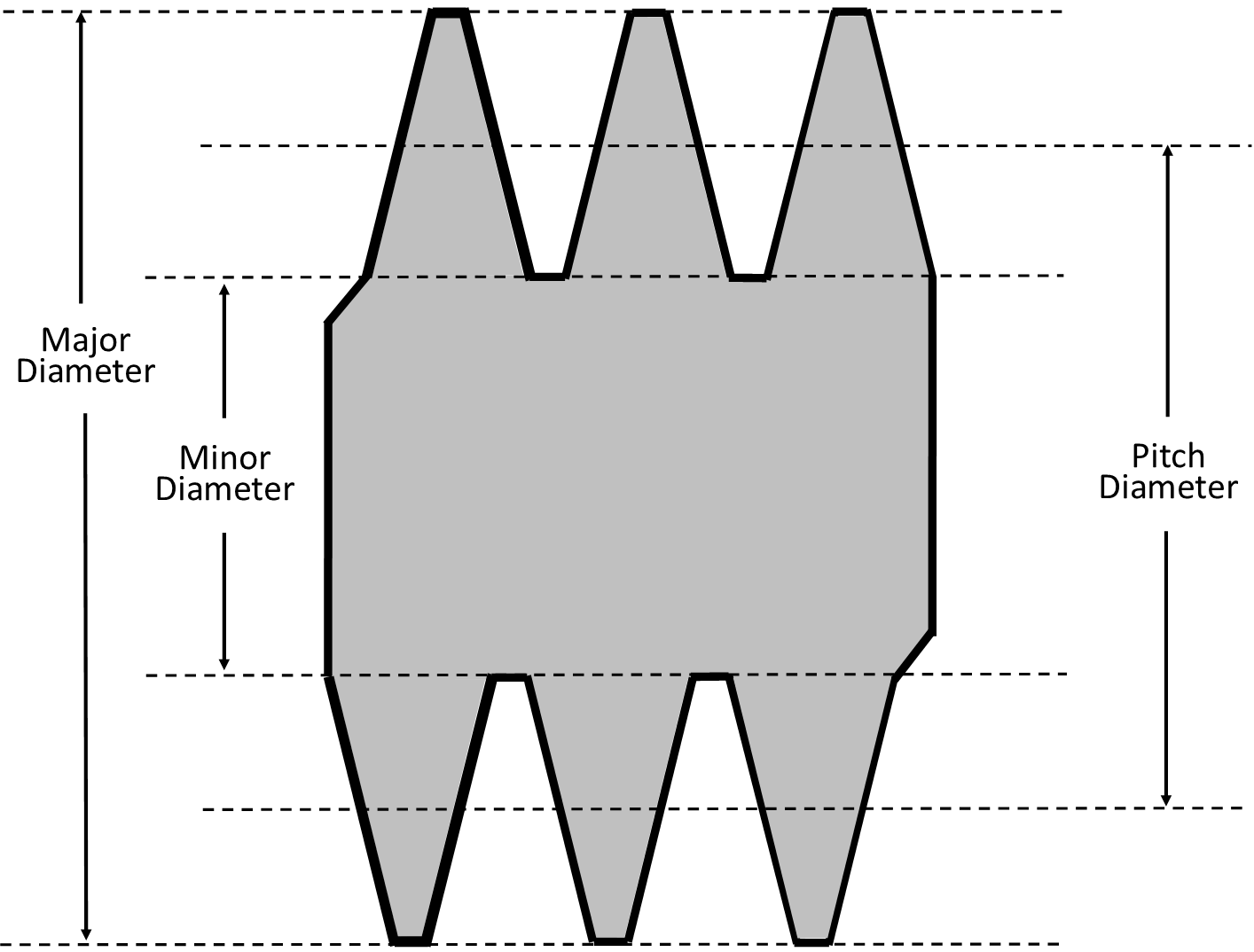 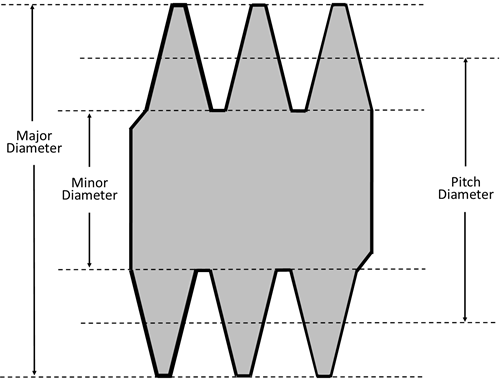 The basics of an internal thread are essentially the same as those of an external thread. 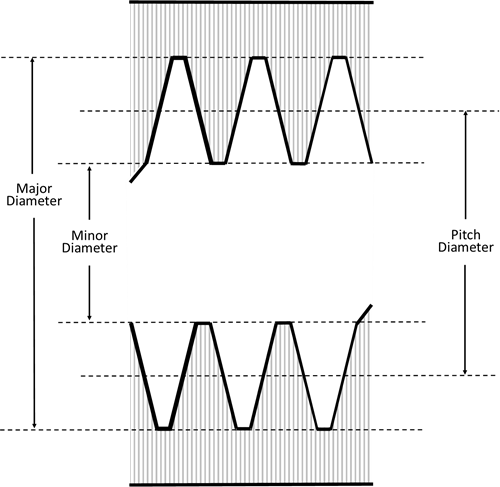 However, there is one major specification of a thread design yet to be discussed. That specification deals with exactly how many threads there are in a given thread design. This concept is vitally important to ensure that the coupled components are going to mate together properly. If the threading of an external and internally thread component are different they will either seize or strip the threading resulting in an unusable connection.

In specifying this criteria, there are two main approaches:

As you will see, the two are inverse of each other. 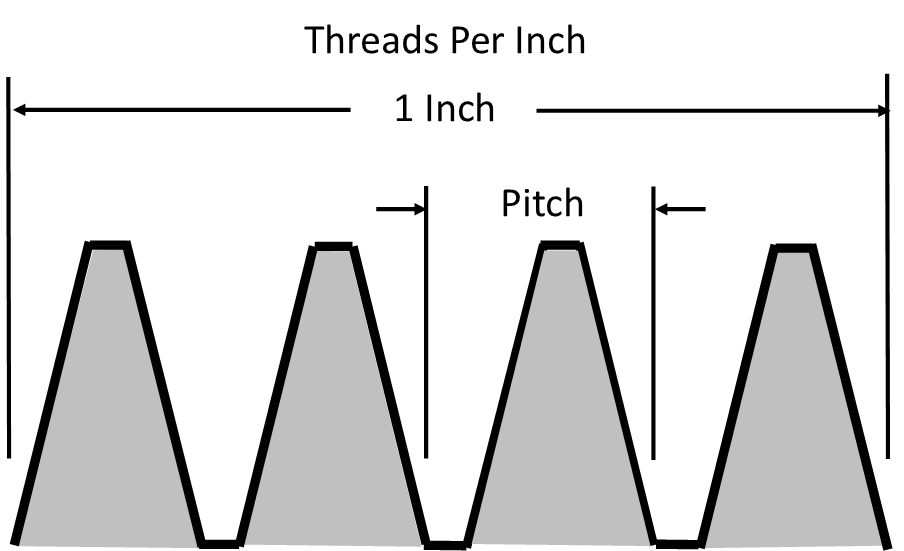 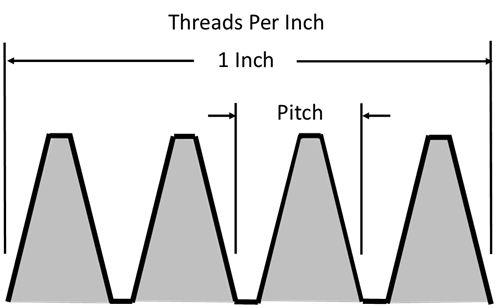 Threads per inch is exactly that:  the number of threads within one inch, along the length of the thread. This designation is only used with American fasteners, due to the use of the inch within the specification. It is commonly abbreviated to TPI.

As described earlier, pitch is the distance between corresponding points on adjacent threads. This can be measured from any point within the thread, such as the crest or the root as well. This designation is used to specify metric threads.

With this understanding of the basics of thread form, you now have a very solid foundation on thread measurement that we will build off of to discuss common nomenclature systems in Part III of our Thread Inspection 101 series.